May 01, 2018 // Franchising.com // New York - Melt Shop, the pioneers of the melted sandwich movement, announced today that franchisee Drew Smith has assumed ownership of the company’s King of Prussia (KOP) Mall location in King of Prussia, Pennsylvania - located just northwest of central Philadelphia. The transfer marks Smith’s first Melt Shop restaurant and the company’s inaugural franchise location in the U.S. An additional 21 restaurants are planned under Smith’s leadership in Pennsylvania, Delaware, and New Jersey.

"Drew's excitement for the Melt Shop brand has been clear since our initial conversation. Upon signing the development agreement, we began to discuss the most effective way to propel this partnership. One of our most successful restaurants - KOP - falls perfectly in his territory. By transitioning that restaurant to Drew and his team, we knew we'd give him the ability to have a strong launch," said Josh Morgan, COO of Melt Shop. "One of the key fundamentals of our franchise program is to find the right partners and make sure they succeed. With this transition, Drew and his team will have the right tools and resources, they'll learn the ins and outs of Melt Shop, effectively cutting their learning curve in half, inherit an experienced team and be more effective in building the brand in the greater Pennsylvania, Delaware, and New Jersey markets."

A Pennsylvania native, Smith is a seasoned multi-unit franchisee with more than 23 years of experience in the fast-casual industry. He currently owns and operates 23 Five Guys locations throughout the greater Philadelphia area, and in December 2017 signed a development agreement with Melt Shop to bring 21 new restaurants to Melt Shop’s portfolio of restaurants. Prior to his career in franchising, Smith earned an MBA from Duke University and worked in private equity investing.

“Pennsylvania is home and I have a lot of experience within the market. Acquiring the local Melt Shop was the perfect way for me to kick-off my relationship with the leader of the melted sandwich movement,” said Smith. “I feel honored to be entrusted with one of Melt Shop’s most successful locations and I’m enthusiastic to work with the team to continue propelling that success forward.”

Since the announcement of the company’s franchise program in late 2017, Melt Shop has signed agreements to develop 28 restaurants worldwide in key Northeast and Mid-Atlantic markets, as well as the Middle East. The company debuted in Kuwait in January and opened the first of seven planned franchise locations in the market with restaurants two and three opening in Q2. To continue driving its rapid growth, Melt Shop is seeking multi-unit franchisees looking to diversify their portfolios and those excited to be part of the company’s growth.

Melt Shop currently has opportunities domestically in the Northeast, Midwest, and Florida, and in most international markets, including the Middle East, Southeast Asia, Japan, China, India, Mexico, South America, Canada, Western Europe and Australia. Melt Shop is poised for excellent ROI with an estimated initial investment range of $368,240 - $698,800 for the first location, including a franchise fee of $35,000 and a sales range of $1,016,984 - $1,640,406 (sales range based on Melt Shops’ six corporate restaurants open over 12 months as of end of 2016, as referenced in Item 19 of the 2017 FDD).

Melt Shop's focus is simple: melted sandwiches made with high-quality ingredients. The product and processes have been meticulously refined for more than six years. But Melt Shop does more than create melted sandwich masterpieces - it creates a culinary experience unmatched in the fast-casual space. The food unlocks the feelings, memories and moments that bring people joy. It's a reminder of the good, simple, carefree things in life.

Melt Shop is a part of Aurify Brands, a company equal parts hospitality group and restaurant incubator. Aurify Brands was founded by Andy Stern and John Rigos, who are Five Guys Burgers and Fries multi-unit franchisees, and former franchisees of Subway, Dunkin’ Donuts, and Baskin-Robbins. Aurify Brands believes that one quality, more than any other, determines the success of a concept: the strength of the brand and its connection to guests. Melt Shop was built upon that premise. Aurify Brands also owns and operates The Little Beet, The Little Beet Table, Fields Good Chicken, and MAKE Sandwich.

Aurify Brands originally began as Five Points Partners (“FPP”), founded in 2003, with a singular focus: to build or acquire multi-unit national franchise networks. FPP started with one Subway restaurant in Walton, NY and grew to 18 Dunkin’ Donuts, 10 Baskin-Robbins, and in 2006, acquired the right to develop up to 30 Five Guys Burgers locations. Aurify Brands was formed in 2010 to identify unmet market needs that can be filled with original concepts developed, acquire existing companies with high, yet unrealized, brand potential, and to continue developing multi-unit franchise concepts with stand-out brand characteristics. 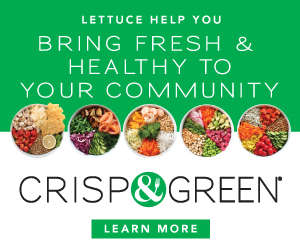