Wyndham Championship Checks In to the Piedmont Triad

August 14, 2017 // Franchising.com // GREENSBORO, N.C. - Wyndham Worldwide (NYSE: WYN), the global hospitality company that makes travel more accessible for more people in more places than anyone else, will once again welcome tens of thousands of spectators to the 78th annual Wyndham Championship this week. The Most Fan-Friendly tournament on the PGA TOUR invites fans to “Escape with Wyndham” and enjoy not-to-be missed PGA TOUR golf in a vacation-like setting while taking part in family-fun activities, prize giveaways and the opportunity to help raise funds for multiple charitable causes.

“Every year we look forward to welcoming thousands of fans to enjoy the Wyndham Championship’s signature hospitality, and we’re proud to be a part of the Tournament’s impressive legacy of giving back to the Piedmont Triad area,” said Stephen P. Holmes, chairman and chief executive officer, Wyndham Worldwide. “As a values-driven organization focused on providing great experiences for our guests, we do business in a way our partners can be proud of, including everyone here with us at the Wyndham Championship. Our culture of service is the foundation for the charitable giving that plays such an important role in this tournament year after year.”

Held annually at Sedgefield Country Club in Greensboro, N.C., the Wyndham Championship is, for many fans, their last relaxing escape of the summer, and for the players, it’s the last PGA TOUR stop before the FedExCup Playoffs and seen as a must-play for those looking to earn points to either qualify for or improve their standing entering the Playoffs.

As one of the world’s largest hospitality companies, Wyndham Worldwide is not only committed to providing great vacation experiences for its guests, but also to serving the local communities where it operates. This commitment is embodied by “Wyndham Championship Fore! Good,” the Tournament’s continued focus to support the Piedmont Triad region in the areas of youth and education, community development and environmental sustainability.

Wyndham Worldwide directs many of its philanthropic efforts through the Wyndham Worldwide Charitable Foundation, which supports its global partner Save the Children, as well as numerous regional and local organizations, including Birdies Fore Backpacks, The First Tee of the Triad, the Kevin Harvick Foundation and the American Junior Golf Association ACE Grant program.

This year, the tournament returns with an on-line auction featuring exciting items and once-in-a-lifetime experiences with net proceeds benefiting Wyndham Championship Fore! Good charities. Auction items include: a weeklong Escape to the Wyndham Grand Rio Mar with unlimited golf and spa amenities; travel in style aboard a HondaJet - the fastest, highest-flying, quietest, and most fuel-efficient jet in its class - to play an unforgettable round of golf at Eagle Point Golf Club; an LG Home Theater Package; a VIP Behind-The-Scenes Tour at the Wyndham Championship - which includes meeting a PGA TOUR player; two all-access tickets to watch a NASCAR race from driver Kevin Harvick’s team pit box; and many more. The auction runs from August 7 - 15. Please visit https://501auctions.com/WyndhamChampionship to learn more and to bid.

Highlights of the tournament’s local contributions through Wyndham Championship Fore! Good include:

Escape with Wyndham – “You’ve Earned This”

Since becoming the title sponsor in 2007, Wyndham Worldwide has introduced innovations that enhance the onsite-spectator experience, resulting in numerous recognitions, including being named the PGA TOUR’s “Most Fan-Friendly Event” for the last two years. This year’s spectator experience brings our celebratory “Escape with Wyndham” theme to life by amplifying its inherent southern hospitality and charm, while spotlighting our house of brands including Wyndham Rewards, which takes center stage at this year’s tournament. Fans can try and unlock one of hundreds of prizes at the Key- to-Wyn expo, enjoy face painting, bungee trampolines, rock climbing and more at the Kid’s Adventure Zone, and visit Front Porch at the Wyndham, the tournament hospitality hub that exudes southern charm.

As a past recipient of the PGA TOUR’s “Best Social Media Activation” award, the Wyndham Championship is once again encouraging fans to get social at the #WyndhamChamp Social Gallery. Located on the ninth green on the Sunbrella® Sun Deck, the #WyndhamChamp Social Gallery is a place for fans to recharge with nearby concessions and enjoy features like free phone charging stations, fan photo booth, virtual reality experience, special guest appearances and a video wall where fans can follow tournament action through social media. Fans should also keep their eyes open for the Wyndham Championship Tweet Patrol that will be randomly awarding anyone tweeting Wyndham Championship moments.

Wyndham Worldwide (NYSE: WYN) is one of the largest global hospitality companies, providing travelers with access to a collection of trusted hospitality brands in hotels, vacation ownership, and unique accommodations including vacation exchange, holiday parks, and managed home rentals. With a collective inventory of more than 130,000 places to stay across 110 countries on six continents, Wyndham Worldwide and its 38,000 associates welcome people to experience travel the way they want. This is enhanced by Wyndham Rewards®, the Company’s re-imagined guest loyalty program across its businesses, which is making it simpler for members to earn more rewards and redeem their points faster. For more information, please visit www.wyndhamworldwide.com.

About the Wyndham Championship

Contested annually on the Donald Ross-designed course at Sedgefield Country Club in Greensboro, N.C., the Wyndham Championship was founded in 1938 and is the sixth-oldest event on the PGA TOUR excluding the Majors. Tickets are available at http://www.wyndhamchampionship.com, www.Ticketmaster.com or through the tournament office at (336) 379-1570. The tournament thanks title sponsor Wyndham Worldwide, presenting sponsor BB&T and Premier Partners, Cadillac, Harris Teeter, Lincoln Financial, McConnell Golf, Sunbrella®, Technology Concepts & Design, Inc. and VF Corporation for their continued support. Additional tournament information and sponsorship information are available at www.wyndhamchampionship.com. Stay connected with the Wyndham Championship through its social media channels, including the Wyndham Championship Facebook page, Twitter, Instagram, Foursquare, Flickr and YouTube. 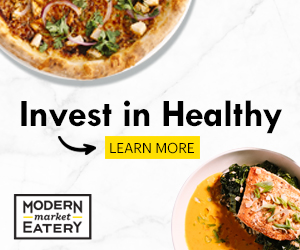