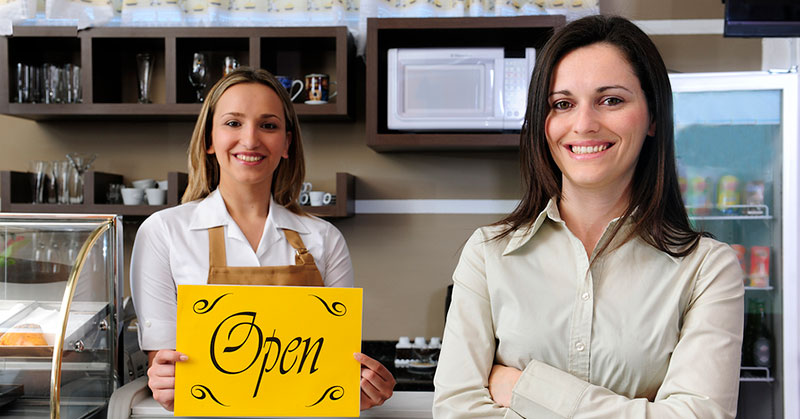 Franchising has proven to be a successful and popular business model since its mainstream inception many decades ago. Three constants have fueled its growth: the desire to expand, the need for capital to fuel that expansion, and the goal of operating seamlessly across large geographical distances. While the earliest uses of franchising can be traced to the Middle Ages when the church was seeking to broaden its central government control, credit for developing the restaurant franchising model we know today belongs to Ray Kroc, who discovered McDonald's when it was still a small California hamburger stand.

This enticing operating platform has grown massively in scale since the 1950s, becoming one of the most prominent and favored business models for those with a desire for self-employment. The concept of franchising has become one of the most important and influential in the business world, but has it reached its tipping point? Let's look at the current state of franchising and what we can expect for its future.

Today the method remains robust, with more franchise concepts alive and thriving than ever before. While multi-unit restaurants continue to be the most ubiquitous in the franchising world, this lucrative model has spread across a variety of industries, from early childhood education to doggie daycare. Why are we continuing to see such positive momentum?

One key factor is consumers' strong reliance on the power of branding. Franchising leverages the power of branding by providing mass scale in terms of advertising, market penetration, and customer recognition. There is also the power of legitimacy (whether perceived or accurate) that accrues as a benefit to the most recognizable brands. Many people are less inclined to dine at an independent concept they are unfamiliar with, preferring the comfort of sticking with a known, established brand. A widely known brand name carries a lot of clout, putting potential diners at ease about the value/experience equation. People like to know ahead of time what kind of food and service to expect, giving the widely known brand names an advantage over the unknown option.

Entrepreneurship also plays an important role in franchising. A large and growing number of people aspire to run their own business, but there is great uncertainty about creating an entirely new concept. Franchising provides an opportunity to be self-employed while mitigating the risks of an independent concept.

Another important facet of franchising's success stems from today's accessibility to debt financing. Lenders are very comfortable with the franchise model, having lent in the space for many years now, perceiving it as a safer option than most, and thus providing funds that are more readily available. Lenders aren't just lending to an entrepreneur, they are lending to an individual business that is backstopped by a meaningful number of other operators, and even the franchisor, should their borrower not perform.

Just like debt financing, individual equity has greatly contributed to the ongoing success of the franchise model. In today's economic landscape, individuals are less enamored with investing in securities (stocks, bonds, annuities) and are instead looking for investments where they have more individual return opportunity. This comes in the form of control-adjusted risk. If an owner-operator risks their treasure, but has the means to oversee that capital and an ability to voice their opinion about the business and its operations, this can become an appealing lifestyle and investment alternative. Another appealing aspect is the notion of often steady cash-flow generation from this investment.

Private equity supports franchising much like individual equity, but on a larger scale. The abundance of capital available in many of today's private equity groups is staggering, and franchised concepts have become one of the most attractive investment opportunities available. Many private equity firms have embraced the franchise model because of its lower risk/return scenarios. We expect to see this trend continue for quite some time.

The scarcity of new locations and markets also contributes to the success of franchising. Many brands are dependent on real estate or location. Thus, given the lack of acceptable new locations available in today's marketplace, the valuations of mature, developed brands will continue to increase.

Last, the operational transfer of risk is an increasingly popular trend and proven advantage for franchisors. Those who are developing and expanding successful brands have the capacity to shift the risk of operation and capital to others, while generating strong return on assets for themselves. This is why we continue to see refranchising initiatives, with franchisors selling off their company operations to franchisees. We believe this trend will remain compelling and active in the coming years.

The future of franchising

Considering all these dynamics, the future of franchising is bright. We will continue to see strength and growth in the franchise segment, as operators further invest in mature brands through organic growth and consolidating M&A activity. Franchisees reaching retirement age will create additional buying opportunities for the foreseeable future.

Additionally, we will continue to see the evolution of new industries adopting and growing the franchise model that haven't done so before. Many of these will likely be within service industries, where we have already begun to see some franchising occur. These businesses include beauty services (hair and waxing salons), massage, pet care, healthcare, and housecleaning. We expect to see a widespread embrace of the franchise business model in these industries, with companies seeking the same success as the first adopters. It has become increasingly clear that because of the immense success franchising has achieved, this business model is here to stay.

Dean Zuccarello is CEO and founder of The Cypress Group, a privately owned investment bank and advisory services firm focused exclusively on the multi-unit and franchise business for 25 years. He has more than 30 years of financial and transactional experience in mergers, acquisitions, divestitures, strategic planning, and financing in the restaurant industry. Contact him at 303-680-4141 or dzuccarello@cypressgroup.biz.

Smoothie Factory
Are you interested in a health conscious franchise opportunity in a growing smoothie industry that does over $2 billion in annual sales in the United...
Cash Required:
$100,000
Request Info
Added
Learn More
Liberty Tax Service
Liberty Tax is the 3rd largest tax preparation franchise in the United States. We are a group of unique entrepreneurs with the same goals: to own and...
Cash Required:
$50,000
Request Info
Added
Learn More