KANSAS CITY, Mo., Aug. 22, 2018 // PRNewswire // -- Scissors & Scotch, a modern men's barber shop, complete with a full-service bar and private lounge, is rapidly expanding, thanks to the launch of its franchise opportunity in 2017. With current locations in Omaha, Denver, Des Moines and Oklahoma City, Scissors & Scotch has already given thousands of men a place to sit back, relax and get groomed. Now, Scissors & Scotch is bringing that opportunity to other markets around the country.

Area developers have signed contracts for Dallas, Austin and Kansas City, with several shops planned in each of those markets. The first shop in each of the three markets will open in late 2018 or early 2019, giving men in those areas a new kind of barbering experience.

"The nationwide demand for Scissors & Scotch proves that men everywhere want a better grooming experience," said co-owner Erik Anderson. "We wanted to create a place where guys can get a quality haircut, enjoy a drink (or two) and spend some time relaxing. Haircuts shouldn't be a chore."

Along with traditional barbering services, each shop offers membership programs that provide special discounts, guest passes, access to events like scotch and beer tastings, and more. As part of their personalized membership, men can choose the services that are best for them.

"Scissors & Scotch goes beyond a haircut and beard trim," said co-owner Tanner Wiles. "We offer modern spa services, a full suite of drink options and plenty of perks, all in a one-of-a-kind atmosphere. We've taken your local barbershop a step further."

In addition to a unique experience for men, Scissors & Scotch is dedicated to replicating a staff culture focused on its core values in each of its shops. Franchisees help in the effort to reward hard-working team members and create lasting customer relationships.

"To us, our franchisees are our partners," says co-owner Sean Finley. "We've teamed up with top-notch service providers and built strong back-end systems for every process. Our goal is to maximize every franchisee's opportunity and help them succeed."

Scissors & Scotch continues to expand, with the goal of adding 175 new franchises in 5 years.

"We are well on our way to reaching our goals and we look forward to what the future has in store," said Wiles.

For more information about joining the rapid expansion and owning a franchise, check out the franchise website.

Scissors & Scotch offers men a unique place to get great haircuts, shaves, have a drink and relax. Founded in 2015 by three friends, Scissors & Scotch has now served nearly 20,000 clients, has thousands of members and locations in four states. Each shop offers haircuts, shaves, trims, waxing, spa services and shoe shines – along with a complimentary drink from their full-service lounge and bar. For more information visit scissorsscotch.com or franchise.scissorsscotch.com. 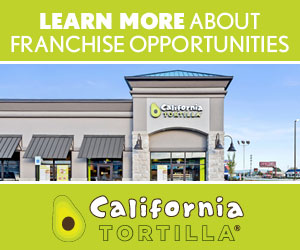