“Lance brings a wealth of restaurant industry experience to our organization,” said Lenny Comma, Jack in the Box Inc. Chairman and Chief Executive Officer. “He has a proven history of driving results in several key, strategic business functions, including finance, accounting and IT. He has strong leadership qualities and will be a great fit with our executive team. We look forward to welcoming Lance and his family to the Jack in the Box® family.”

Said Tucker, “Jack in the Box is an outstanding brand, and I'm grateful for the opportunity to work alongside such a strong management team to grow the brand in the years to come.”

Jerry P. Rebel, who has served as Executive Vice President and Chief Financial Officer for Jack in the Box Inc. since 2005, announced in April 2017 his plans to retire from the company when a successor was hired. He’ll work with Tucker to help assure a smooth transition.

“We cannot thank Jerry enough for all of his contributions to the organization,” Comma said. “He’s been well-respected amongst the investment community, and under his stewardship as CFO we’ve transformed our business model: Franchise ownership of the Jack in the Box® brand has increased from approximately 25 percent in 2005 to nearly 88 percent today; the company has returned more than $2.5 billion of cash to shareholders through stock repurchases and dividends; and Jack in the Box Inc. common stock has appreciated by nearly 500 percent, as of market close on January 12, 2018. We wish Jerry all the best in his well-deserved retirement.”

Tucker was promoted to CFO and Treasurer at Papa John’s in February 2011 and added the CAO title and responsibilities in July 2012. From June 2010 to February 2011 he was Papa John’s Chief of Staff and Senior Vice President, Strategic Planning, and he served as its Chief of Staff and Vice President, Strategic Planning from June 2009 to June 2010. Prior to joining Papa John’s in 2009, Tucker served six years as Chief Financial Officer of Evergreen Real Estate in Louisville. From 1999 to 2003, he held leadership positions in finance for several companies engaged in education, technology consulting, online retailing or real estate development. Tucker was previously employed by Papa John’s as Director of Finance from 1994 to 1999. Prior to joining Papa John’s, Tucker was a senior accountant for Ernst & Young, LLC.

About Jack in the Box Inc.

Jack in the Box Inc. (NASDAQ: JACK), based in San Diego, is a restaurant company that operates and franchises Jack in the Box® restaurants, one of the nation’s largest hamburger chains, with more than 2,250 restaurants in 21 states and Guam. Additionally, through a wholly owned subsidiary, the company operates and franchises QDOBA MEXICAN EATS®, a leader in fast-casual dining, with more than 700 restaurants in 47 states, the District of Columbia and Canada. For more information on Jack in the Box and QDOBA, including franchising opportunities, visit www.jackinthebox.com or www.qdoba.com.

SOURCE Jack in the Box Inc. 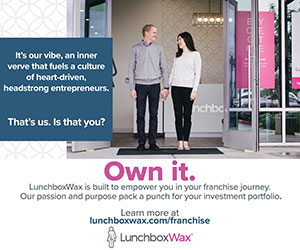