WESTLAKE, Ohio - July 21, 2017 // PRNewswire // - The award-winning, family casual dining restaurant Quaker Steak & Lube® is upping the wing game nationwide with the biggest and meatiest indulgence fans can get for National Chicken Wing Day with new Bangin' Drums! Three times bigger than Quaker Steak & Lube's famous Jumbo Wings, the new Bangin' Drums! are prepared to provide the same great taste as the famed wings - with a light breading, fried golden, and flavored by of one of 20 familiar sauces, including award-winning favorites like Kentucky Bourbon Glaze and the newest fan favorite, Smoked Jalapeño Honey.

"We're going BIG! Our new Bangin' Drums! are enormous - by far the best thing wing fans are going to find on National Chicken Wing Day," said Andi Rice, marketing director of restaurants for TA Restaurant Group. "No other wing out there even comes close."

For a limited time only through Sept. 30, Quaker Steak & Lube's new Bangin' Drums! will be available for the special price of just $7.49. Select locations will serve up Bangin' Drums! beginning on National Wing Day, July 29th. Guests can satisfy their craving for the delicious Drums at all participating locations by August 14, and can check local Lube Facebook pages for dates when Bangin' Drums! will roll into each town. And to drum up even more fun for a great cause, the brand has teamed up with music artist and producer Todd Rundgren, who in 1983 gave us the song "Bang the Drum All Day," and who in 2013 founded Todd Rundgren's Spirit of Harmony, a non-profit that supports music and music education.

"We're excited to be partnering with Mr. Rundgren and his Spirit of Harmony music foundation," Rice added. "In addition to our award winning food, we're known for live music and entertainment and are proud to support music education as is he."

From July 29 - Sept. 30, Quaker Steak & Lube locations nationwide will donate 50-cents for every order of Bangin' Drums! sold - or at least $10,000 - to Todd Rundgren's Spirit of Harmony Foundation.

"We believe that every student deserves access to high-quality music instruction and we are dedicated to helping create and nurture sustainable music education programs in schools and organizations throughout the U.S.," said Todd Rundgren, founder and president of Todd Rundgren's Spirit of Harmony. "Quaker Steak & Lube's promotion and generosity will help us match resources to needs and create relationships to promote music education."

Fans are invited to find their inner rock star and engage with Quaker Steak & Lube via a custom SnapChat filter on National Chicken Wing Day and through various social components throughout the program. Lip synch throw down anyone? Don't be shy. Because at Quaker Steak & Lube, What's More Fun Than Having Fun - especially when it's for a great cause?"

Quaker Steak & Lube®, founded over 40 years ago in Pennsylvania (the Quaker State) in a renovated filling station, now includes over 50 locations in fourteen states across the U.S. "The Lube"® combines unique décor, including gas station memorabilia, classic cars, motorcycles, and race cars suspended from the ceilings with crave-able food and high-octane entertainment and events appealing to guests of all ages. Quaker Steak & Lube® has won hundreds of national and international awards for its food and more than 20 wing sauces. For more information about Quaker Steak & Lube®, please visit www.thelube.com.

The Spirit of Harmony Foundation (SOHF) supports the moral imperative of music education, weaving together the biological, social, academic, and economic benefits to young people who are involved in consistent instrument-based institutional music lessons and performance. SOHF focuses on networking, as we help match the practical and varied needs of music education programs with the resources that will help them excel. We believe in providing opportunities for personal development and self-expression through the support of music and music education for young people regardless of socioeconomic status, geographic location, or ability. More information can be found at www.SpiritofHarmony.org.

A Wizard, A True Star. The title of Todd Rundgren's 1973 solo album aptly sums up the contributions of this multi-faceted artist to state-of-the-art music. As a songwriter, video pioneer, producer, recording artist, computer software developer, conceptualist, and interactive artist (re-designated TR-i), Rundgren has made a lasting impact on both the form and content of popular music.

Born and raised in Philadelphia, Rundgren began playing guitar as a teenager, going on to found and front The Nazz, the quintessential `60's cult group. In 1969, he left the band to pursue a solo career, recording his debut offering, the legendary Runt. But it was 1972's seminal Something/Anything?, on which he played all the instruments, sang all the vocal parts, and acted as his own producer, that catapulted Todd into the superstar limelight, prompting the press to unanimously dub him 'Rock's New Wunderkind'. It was followed by such landmark LPs as The Hermit of Mink Hollow and the above mentioned A Wizard, A True Star, as well as such hit singles as I Saw The Light, Hello It's Me, Can We Still Be Friends, and Bang The Drum.

In 1974, Todd formed Utopia, an entirely new approach to the concept of interactive musicianship, and embarked on an extensive round of touring and recording. Standout Utopia offerings included Oops! Wrong Planet, Adventures in Utopia, and Oblivion. Along the way, Utopia combined technical virtuosity and creative passion to create music that, for millions, defined the term "progressive rock."

Rundgren's myriad production projects include albums by Patti Smith, Cheap Trick, Psychedelic Furs, Meatloaf, XTC, Grand Funk Railroad, and Hall And Oates. Rounding out his reputation as rock's Renaissance Man, Rundgren composed all the music and lyrics for Joe Papp's 1989 Off-Broadway production of Joe Orton's Up Against It (the screenplay commissioned by The Beatles for what was meant to have been their third motion picture). He also has composed the music for a number of television series, including Pee Wee's Playhouse and Crime Story.

In 2012 Rundgren performed his iconic 1973 album A Wizard A True Star in concert in its entirety for the first time ever, and last year did the same with a double bill: Todd & Healing. His most recent studio album, GLOBAL, was released in April 2015; He continues to tour with Ringo Starr as an erstwhile member of the All-Starr Band, and to perform with symphony orchestras both domestically and internationally. His latest studio album, White Knight, was released on May 12.

In 1998 Todd debuted his new PatroNet technology which for the first time allowed fans of a musical artist to subscribe directly to the artist's musical output via the Internet. This caps a long history of groundbreaking early multimedia "firsts", including: 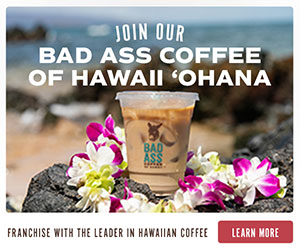